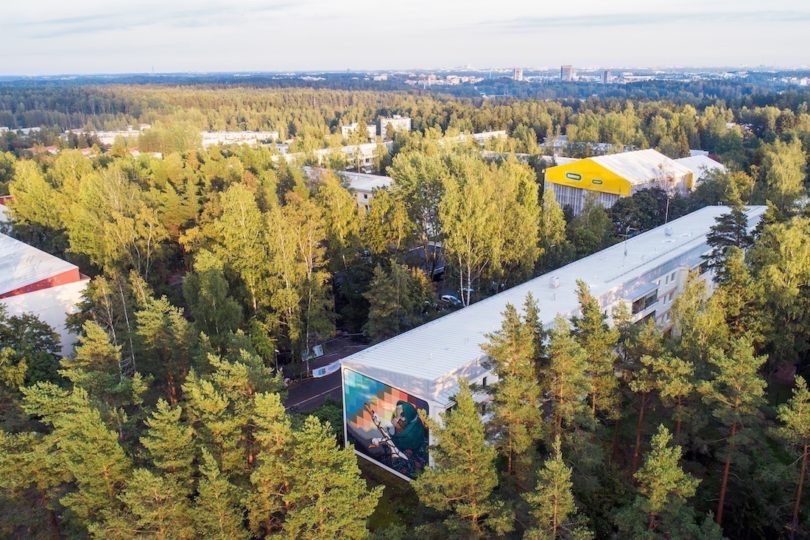 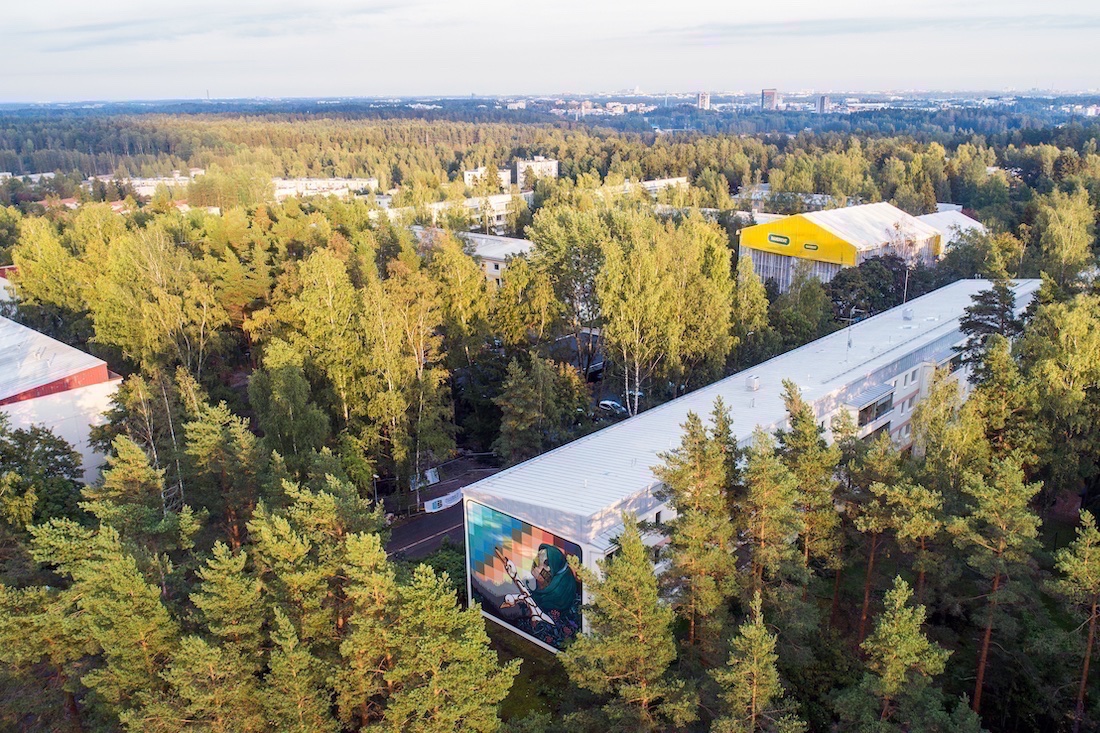 There are two new pieces of art in the Karakallio art district. The theme of both Tiina Herttua’s and Pixel Pancho’s work is the relationship between human and nature – an important theme that can be approached in many ways.

Artist Tiina Herttua’s  crowdsourced piece of art, which consists of nearly a thousand tiles, is now complete. The creation of the piece began in the spring of 2018 in conjunction with the launching of the Karakallio Creative project. The tiles were painted in art workshops hosted at several events, as well as in schools and day care centers in the area. Bit by bit, a huge number of nature themed paintings was created. As summer progressed, each tile found its place on the outside wall of Karatalo community center, and together they form a detailed whole that is beautifully tied together by an atmospheric layer painted by the artist.   .

In her art, Tiina Herttua discusses the relationships of humans, both with nature and with each other. The Karakallio piece combines the handiwork of the local population with their thoughts on their living environment and nature. As she got to know Karakallio, Herttua was charmed by the beautiful forests and rocky outcrops. That’s why, among others, the colors of stone, lichen, and coniferous forest were chosen for the piece. The artwork can be found and admired at the address Kotkatie 4.

The first artwork for the nationwide art event Upeart Festival 2019 was painted in Karakallio by the Italian artist  Pixel Pancho. The artist, known for his style that mixes robotics and sci-fi elements with very human themes, as well as subjects that cut into the dark underbelly of the world, painted a modern interpretation of the ancient myth of Leda and the Swan. The artwork, titled ‘Winter is coming. Time to migrate again.’ is an ode to nature in the spirit of Art Nouveau, and it leaves room for different interpretations. The mural is located at the address Kalasääksentie 10.

Tip: You can see all the permanent works of the art district in our portfolio, and of course in real life in Karakallio. The portfolio is updated frequently so keep an eye out for new art!