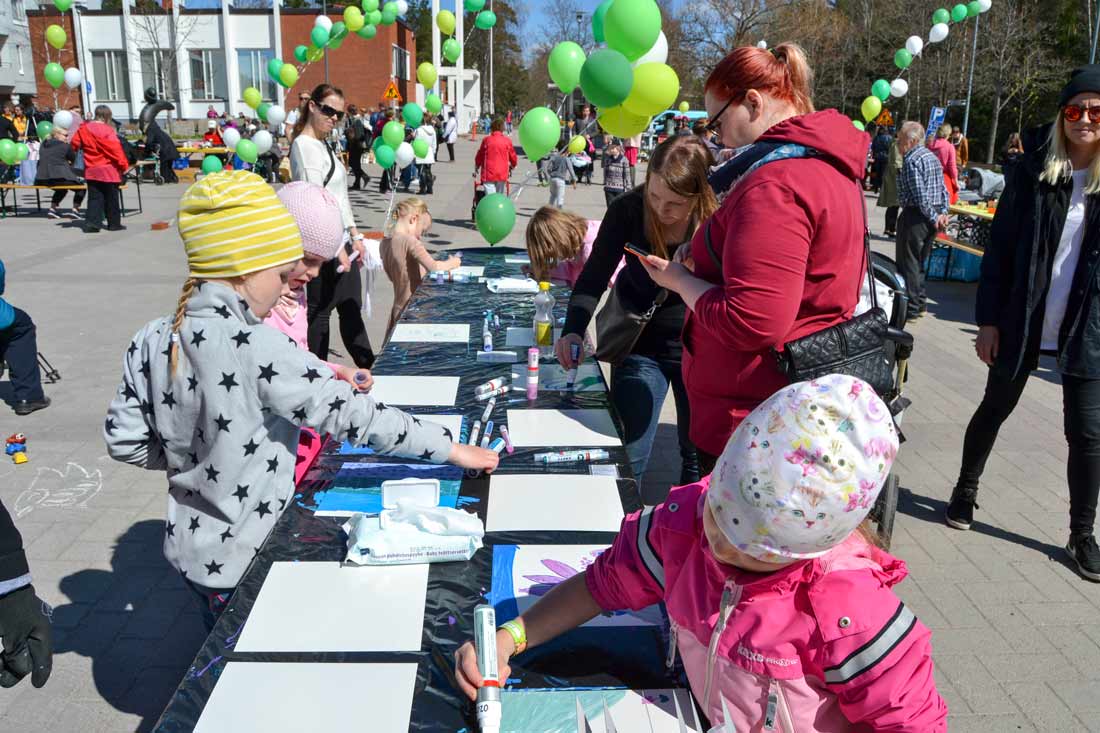 Initiative Karakallio Creative got a great start when Sipoo-based visual artist Tiina Herttua began to implement a spectacular communal artwork right after the project was launched. The first workshop for the piece was held in the resident’s art day at the beginning of May 2018. Nearly two hundred locals captured their own handprints on the tiles, of which Herttua will assemble the actual artwork.

Herttua has  revealed some visions regarding the piece. She told, that she finds the area’s archipelago-type atmosphere and the historic layers of the place interesting. Herttua hopes, the locals will experience the artwork as their own. The result of this fine communal artwork will be exposed at year 2019 when the piece will be placed on its spot. Meanwhile, the workshops continue. 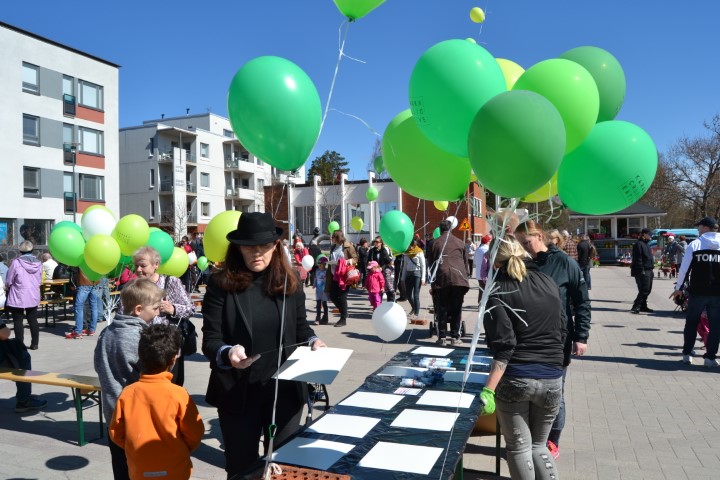 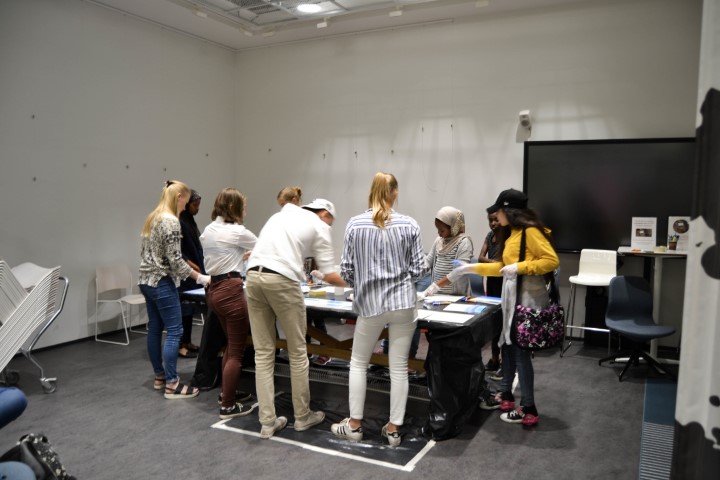 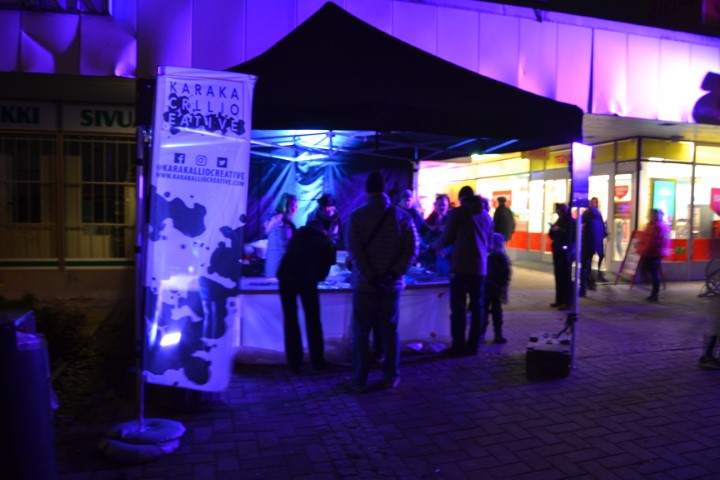 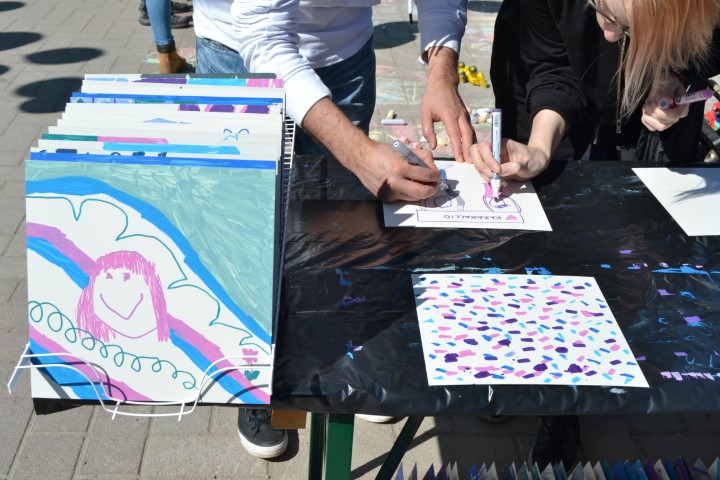 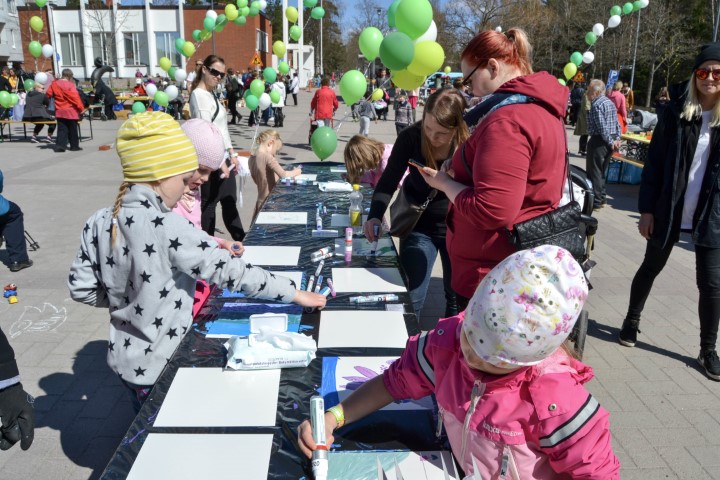 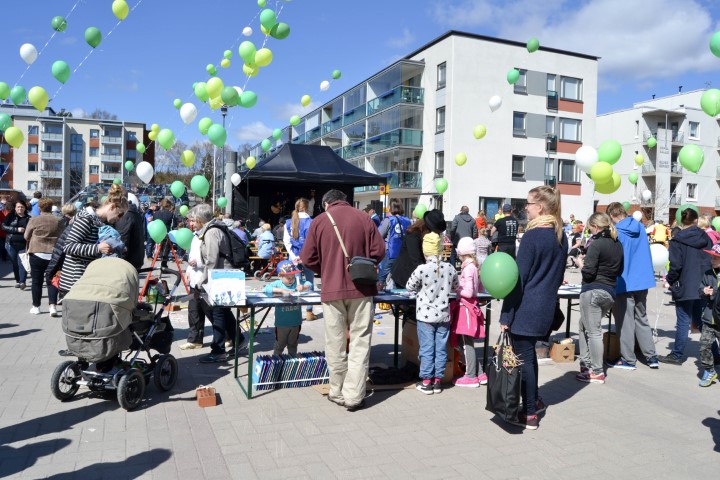